Back To All Volunteer Stories

When I was eighteen, I received a prophetic word that I would be involved in “setting the captives free.” Many years later, I heard a sermon at my church about the importance of getting involved in the community. I opened my local newspaper that afternoon and saw an advert for the Independent Monitoring Board, which monitors the day-to-day life in every prison and ensure that proper standards of care and decency are maintained.

I got involved in HMP Send, a prison just a few miles from my home. It was quite a shock to find out there were over 200 women imprisoned so close. Later, I went into HMP Coldingley and it was home. You have to hold on to what God has said, even if it takes years.

I’m a Sycamore Tree Tutor, so a big part of my role is setting up for the sessions, and delivering it. We run it in the prison chaplaincy, in a room right next door to the chapel. There are often logistics issues to work around. Prisoners lead a haphazard life. If the course is meant to start at 1pm, but the learners don’t get unlocked until 1:30 pm for some reason, it requires you to be flexible.

The learners respond brilliantly to Sycamore Tree. They are a bit suspicious on week one, and you do more of the talking. They are wondering what are these volunteers doing, why are they really here? And we are raising a subject that they have tried to bury. By week two, though, they soften. Week three is a critical week, when a victim of crime comes in to tell their story. By week six, most of them are free.

I rarely look up their files, even though I have access now. They talk about their crime to us, tell their story from their side. But I take them at face value. We treat them equally, love them no matter what they are in for.

The Sycamore Tree content is actually very simple; it doesn’t guarantee anything, but it is opening a door.

The learners tell us it’s the best course in the prison. I like walking around the prison, because you meet learners from past courses, and they’ll tell you, “that session with Nick really opened me up.”

I’m also involved with bereavement support. I often meet three or four prisoners in a day, one-to-one in the Chapel. We might talk about a recent bereavement, if a family member has died while they are inside. Or it might have been something from the past — a death or murder that caused them to get off course in life, and end up committing a crime.

It’s amazing to see people’s lives changed. If you’ve been considering getting involved in your local prison, come to a session six of Sycamore Tree and see what it’s like to be in prison and in Chaplaincy. Come and have a chat with us
and explore all the options. 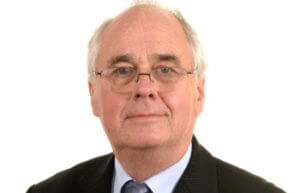 John Gloster has been a PF member for nine years. We talked with him about his volunteer work in prison.