Back To All Reviews 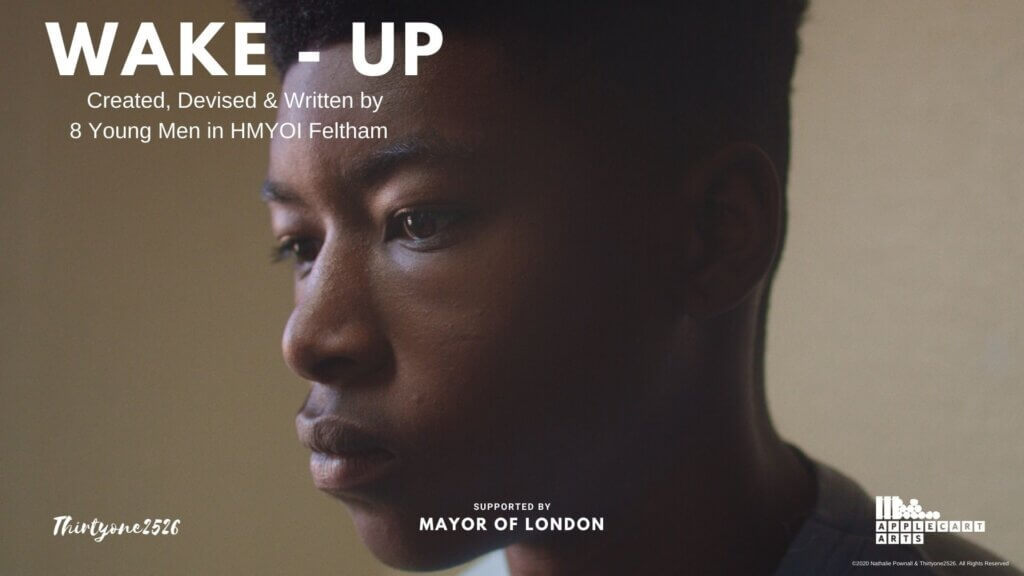 If you had someone’s attention for 15 minutes and you could tell them anything, what would it be? My job at PF is writing funding applications, so that’s my challenge everyday: to communicate something valuable in a short space of time. In Wake-Up, a group of young writers from HMYOI Feltham and their mentor, Nathalie Pownall, make brilliant use of their 15 minutes to get their voices heard.

The short film tells the story of two young men who make similar decisions with different consequences. It cuts back and forth between the two stories with spoken word and dialogue. The writers contrast the ‘best friend’ character’s freedom (meeting friends, parties, school, being outside) with main character JR’s time in prison (inside twenty-three hours a day). This is highlighted by JR writing about the concrete square available for exercise in prison as it cuts to the basketball court he used to play on before he was sentenced.

The project itself was a creative outlet for the residents of HMYOI Feltham to re-write the narrative of what it means to be a young man in prison and to provide a platform for their voices to be heard beyond the prison walls, which came together through a series of discussions, mentoring and creative workshops.

This means it’s not your usual BBC Sunday night crime drama. For a start, there’s a warmth to it—the colours lack the grey tones so often used for prison scenes. According to Creative Producer Nathalie Pownall, that’s deliberate:

“Films of a similar narrative often have the colour stripped out of them in the grade… on the contrary, we wanted to capture the warmth and vibrancy of the lives of these young men.”

There’s also no violence or swearing, which feels like an unusual choice given the nature of the content. Again, this is entirely purposeful:

“There was a lot of discussion about how stories told of their lives are often glamourised, there’s often a lot of violence, blood, swearing which is something they didn’t want in their narrative as they wanted to reach an audience with their hearts.”

The show does just that. It captures the humanity of the young men – their hopes and aspirations, the mistakes they make trying to achieve them and the consequences they face as a result.

On arrival at the YOI, Jordan’s character says, ‘In primary school our hearts were so clean. Now we’re at the age where we try to look mean.

They say life imitates art and that’s the genius of the film. It’s not made to show the grittiness or trauma of prison to curious viewers. It’s made to show young men who are ‘scared of our own reflection’ who they really are, beyond what the world sees and what the world tells them to see.

It’s not spelt out that any of the writers have a faith, or that their faith played a part in making of the film but it seems likely to me. Partly because God is mentioned more than once. But mainly because the message of the film, right at the centre point of it, is the gospel so succinctly summed up in a short scene with Jordan’s mum in the visiting room, in which she says, ‘This place doesn’t define you.’ JR asks, ‘Who am I then?’ To which she responds, ‘You are my son.’

The project was pioneered by Nathalie Pownall, supported by Applecart Arts and funded by the Mayor of London. It is currently available on Amazon Prime. Quotes from Nathalie Pownall taken from nathaliepownall.com/qanda