If you wanted to shorten our mission statement, you could probably distil it down to these six words: ‘to show Christ’s love to prisoners.’

Psalm 33 says, ‘The Lord loves righteousness and justice; the earth is full of his unfailing love.’ Which provokes the most exciting question; what does a world full of God’s unfailing love look like? I would like to suggest five characteristics taken from the example of Jesus:

Compassion: I love the practical simplicity of the occasions when the crowds were hungry, and we are told that Jesus had compassion on them and fed them. The Son of God used His awesome power to produce some bread and fish, because people were hungry. He also had compassion for the embarrassed bride and groom and produced litre after litre of wine for them.

It is the sort of thing that you could imagine there being rules about—oh no, God mustn’t use His powers so frivolously! But no, quite the contrary, Jesus’s compassion reached out into the daily grind of people’s lives—in their hurt and pain and He acted. Because unlike sympathy, compassion always results in action.

Humility: We sometimes overlook the fact that Jesus’ whole life was lived in humility—the way He lived 24 hours a day, 7 days a week. Luke 9:58 says, ‘The foxes have holes and the birds of the air have nests, but the Son of Man has nowhere to lay his head.’ Jesus’ humility was not a single grand act. It was His whole life, His whole being.

Kindness: Perhaps one of the most beautiful examples of Christ’s kindness is when He heals the ear that Peter had cut off the man in the Garden of Gethsemane. This was a man who had come as part of a mob to physically drag Jesus away to torture and kill Him. Jesus shows extraordinary kindness in healing him, when His life was about to be taken away.

Forgiveness: We are given a beautiful picture of forgiveness by Jesus on the cross. The perfect Son of God, dying, in agony on the cross says, ‘Father, forgive them.’ Surely there can be nothing that better defines the extremities of forgiveness that we are called to?

Dignity: Perhaps unsurprisingly, the story I would like to particularly mention is that of Zacchaeus. A despised man who lived on the edges of society, who Jesus honours through His presence in his home and at his table.

In going to the house of Zacchaeus and dignifying him, Jesus became undignified and lower in the sight of others. ‘He has gone to be the guest of a sinner,’ they muttered about Him.

We are a part of the global family of Prison Fellowship International, whose vision is of a crime free world, through the transforming power of Jesus’ love. We have the extraordinary privilege of being among the people who have been called by God to make that vision a reality. A world full of God’s unfailing love. A world where you and I show the compassion, humility, kindness and forgiveness of Christ, and show others the dignity they own as images of God, just like us. 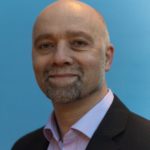 Peter Holloway is the Chief Executive of Prison Fellowship England and Wales.

Sign up to receive our Prayer Diary and pray for those in our prisons everyday: prisonfellowship.org.uk/subscribe