Paul’s proclamation that he ‘will continue to rejoice’ is a remarkable statement. It is even more poignant when we remind ourselves of Paul’s situation while he is writing this letter:

Paul is an old man who once again finds himself is prison. Perhaps you are picturing this scene now through your own experience of being in prison? Although we may consider prison conditions today to be less than ideal, back in AD 61, staying any length of time being chained to a cold, damp wall in a stinking cell in the depths of Rome would have been atrocious.

Paul is here by the command the emperor at the time, Nero. Nero was notorious for his dislike of all Christians and was on a savage escapade to hunt them all down. It is interesting to note the parallels between Nero and Saul. What a miraculous transformation we now see in the person of Paul.

Not only is Paul detained in a disgusting cell in Rome, but he is also awaiting execution. It is difficult to imagine how Paul was feeling. Most of us will not have experienced awaiting our own death. Paul probably did not know when the execution would happen. Each morning was potentially his last.

Yet it is in this situation that Paul chooses to write, ’I will continue to rejoice’. Why?

Paul would have struggled to pen any kind of letter given his present situation. And so he asks a friend who brings him his food to write it for him. He chooses to write to some friends he met ten years before while in another prison in northern Greece.

In Greece, as in Rome, Paul was in trouble with the authorities, other religious groups and in particular the emperor for saying that Jesus was God’s one and only Son. ‘Jesus is Lord’ the early Christians would proclaim, in direct contradiction to ‘Caesar is Lord’ said by first-century Romans. You can see why the authorities at the time – and later Nero – would have a particular gripe with Christians.

So, in his dire situation, Paul writes to a group who know what it is like to be in his situation – people who understand the feeling that everything is falling apart.

We may not be in a smelly dungeon in first century Rome, but many of us may have experienced times when we feel like we are reaching the end of our tether – when things become too much and we feel trapped in our own prisons. Paul’s words are for us as well.

Paul reminds us that when we are in these desperate situations, we can rely on His provision of the Holy Spirit and the prayers of others. We are never alone. Our life of faith is a marathon and not a sprint. 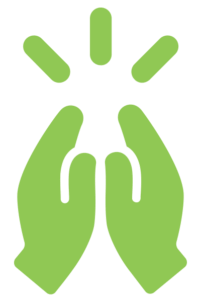 Reverend Graham Pollitt is a member of PF Lancaster.

Download the July Prayer Diary, with a prompt each day for how we can pray for our prisons and our ministries.