I find the book of Galatians fascinating. Believed to be the first letter Paul wrote to an early Christian church, it is understood to have been sent just before the council at Jerusalem we read about in Acts 15.

Towards the end, Paul mentions several ‘virtues and vices’ which we know more commonly as the fruit of the Spirit. It might just be me, but I often find it quite difficult to work out what these look like in action. What does faithfulness, gentleness, and self-control look like in my life?

Thankfully Paul knew it wouldn’t just be me who would struggle to connect the characteristics of a Spirit-filled life with everyday behaviours. In the beginning of chapter six, Paul outlines several practical activities that show what the fruit of the Spirit look like in the context of the Early Church.

We can see an example of Paul’s first action in the story of Onesimus. Paul exhorts Philemon, the Church leader, to welcome back Onesimus “as a brother” (Philemon 1:16) after he was initially wronged. This invitation not only supports Onesimus as an individual, but also results in the community reflecting on why he felt like he needed to run away in the first place. Perhaps this practice was as much for the benefit to the community as it was for the individual – a chance to examine potential unhealthy dynamics that resulted in the transgression.

I have always understood ‘bearing one another’s burdens’ as being synonymous with the practice of confession. We are alleviated from the weight of our wrongdoing when we share our transgressions, bringing them from the hidden darkness into God’s light. This is why, in many churches, a form of confession is practiced as it is good for the soul. Not just to have an opportunity to confess wrongdoing, but to be reminded that whatever you have done does not separate you from God’s love.

But what if Paul is once again challenging the community here? Perhaps individuals within the community are exposed to injustice and oppression that is weighing them down. Paul’s instruction to the community becomes one that instead seeks to stand with those who are oppressed and the lowly – something we read about throughout the Bible and practiced by Jesus.

So, which one is right? I personally don’t think either interpretation is right or wrong. I think a better question to ask is “what do I feel God is challenging me to do?”. Perhaps the practice of confession is something God is prompting you to practice – freeing you from the weight of wrongdoing. Or maybe the challenge is to be more attentive to the injustice around us and to give it an opportunity to speak, and for us to bear that same burden – perhaps it too could bring about the same seismic transformation Paul refers to. 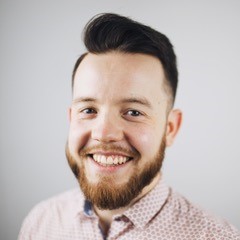 Download the March Prayer Diary, with a prompt each day for how we can pray for our prisons and our ministries.